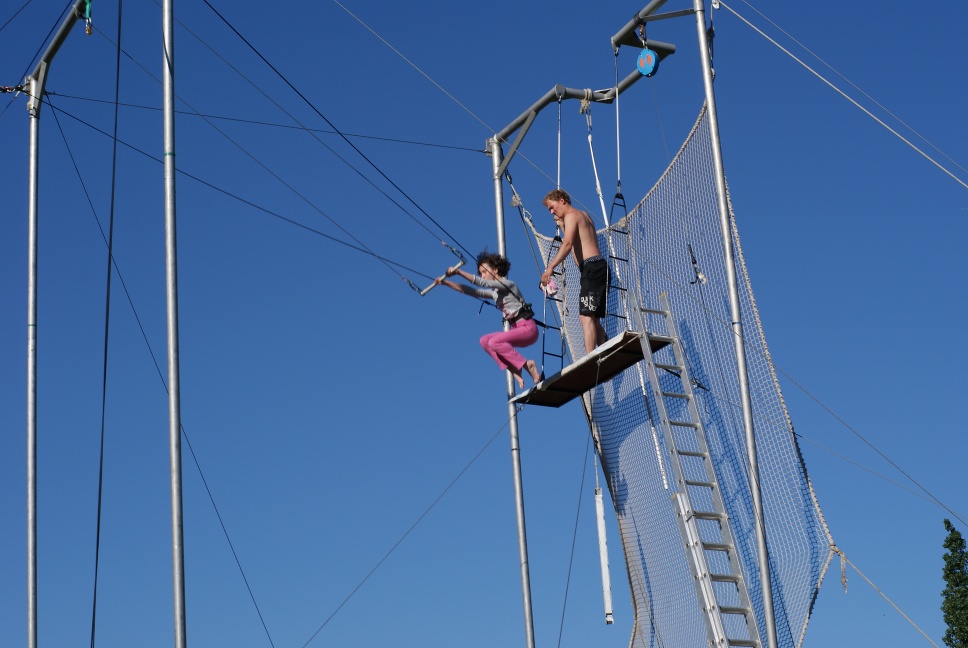 On Wednesday 1st June, I went to see what turned out to be a fun Ruddigore at the Tabard Theatre, near Turnham Green. In the park was a trapeze rig, and, during the interval of what's a very good show, I popped out and saw it in use.

It turned out to be Gorilla Circus doing trapeze lessons. Most of the people doing them were clearly no bigger than JA, so I asked her next morning if she'd like to do it. 'Yes'. So a session was booked for the Friday afternoon (and tickets to see Ruddigore in the evening – it's good and I thought L and JA would enjoy it too).

Come Friday… she's not the oldest of the nine booked, but she's the tallest. Step one, the rules (safety stuff, plus 'We don't use the word "can't", we say "I'm having a little difficultly at the moment, but I will do better next time!"'). Step two, some warming up exercises. Step three, a demo of the basic trick they will be doing… close to the ground: 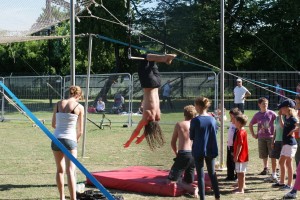 At this point, the kids are taking turns to hide behind each other, but each of them are helped to do that. Possibly because of the synchro she's done, she doesn't find it difficult to get her knees over the bar, but now it's time to go up and try it on the flying trapeze…

The kids are really hiding behind each other now, but because of the perils of being the tallest, JA gets picked to be the second person to try. So it's up the ladder: 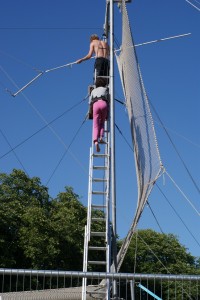 At the top, looking slightly nervous: 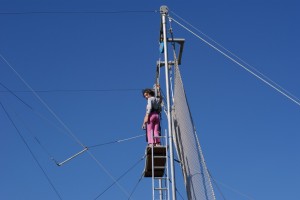 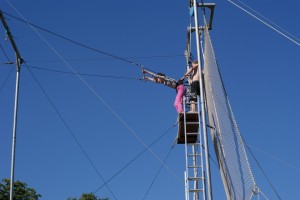 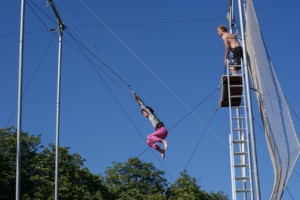 She tries to get her feet over the bar, but – not least because this is both higher and moving – misses half of the basic technique: bend at your shoulders. Consequently, she doesn't get close: 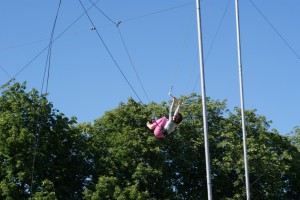 Some of the others do it on their turn, but some of them – to her whispered relief – don't. 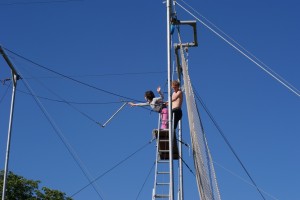 .. and she gets close, but not quite there: 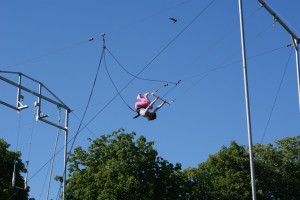 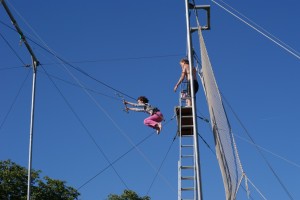 .. and she does it! It turns out that if you can't get your feet clean under the bar, you can do it via getting your foot on it: 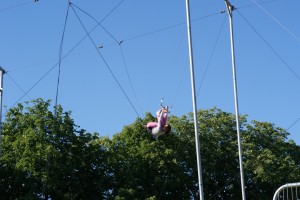 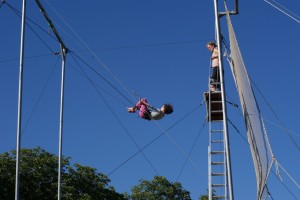 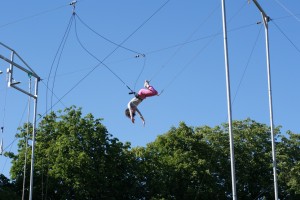 Hands back on the bar: 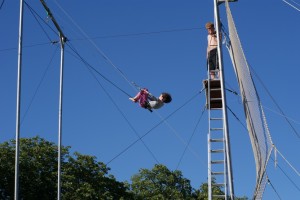 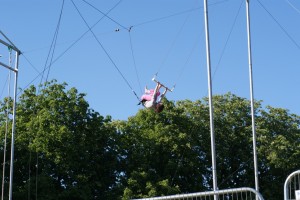 .. and ready to dismount (otherwise known getting ready to let go..): 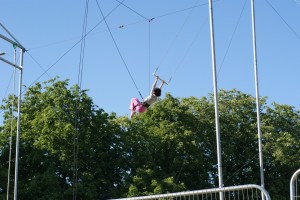 .. which she does on the back swing, rather the far forward point, and ends up falling (slowly, thanks to the ropes) face down onto the net where I wasn't expecting. 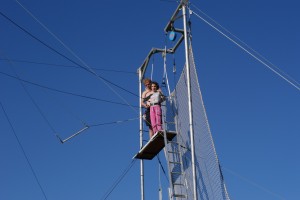 A reminder of how high she is:

Whee! for the fourth time: 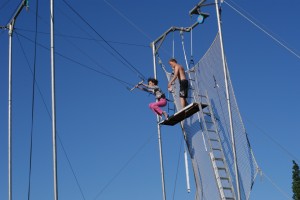 This time, she nearly gets her foot up, but just misses the bar: 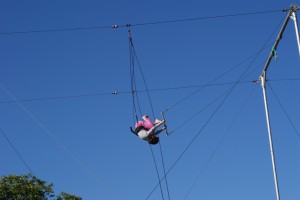 Now, no-one's managed it if they haven't done it on the first swing – too much momentum's gone. But she does it on the second: 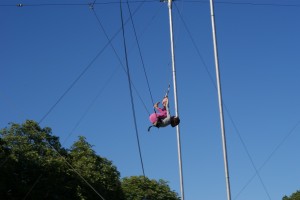 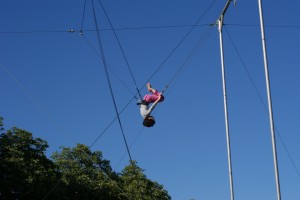 .. and a lovely hands wave: 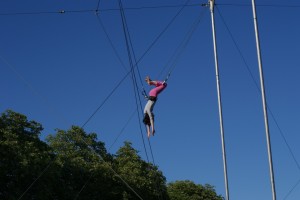 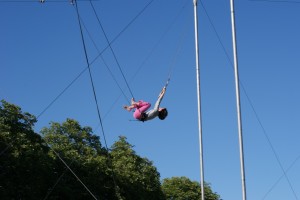 .. and swing for the dismount: 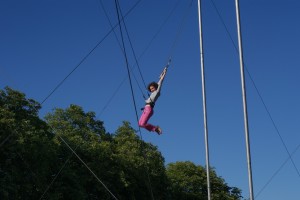 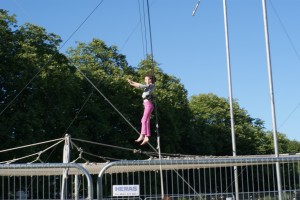 That's the end of the session. The ones who have managed the basic trick the first three times get to do another one on their fourth: having one of the Gorilla Circus team on another trapeze catch them by their hands while they're hanging and swinging and transferring them to the other trapeze.

She missed out on that, but of course by this point she's going 'again, again' so another trip (probably while they're at Regent's Park) is being planned. Recommended by both of us.