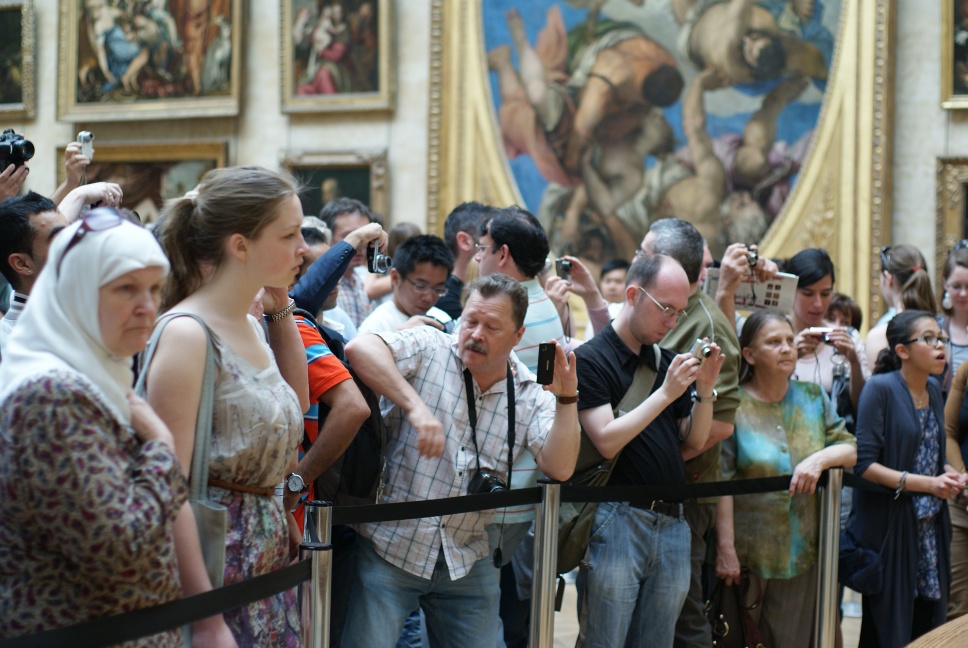 In May, JA and I went to Paris for a long weekend. It was a chance to go to Parc Asterix again, plus visit the Louvre and, for once, a Parisian science museum that isn't Cité des Sciences et de l'Industrie. As on our previous visit in September, half of Paris turned out to be closed. OK, a slight exaggeration, but half of our original 'to do' list was.

JA with a sand pendulum in the Palais de la Découverte: 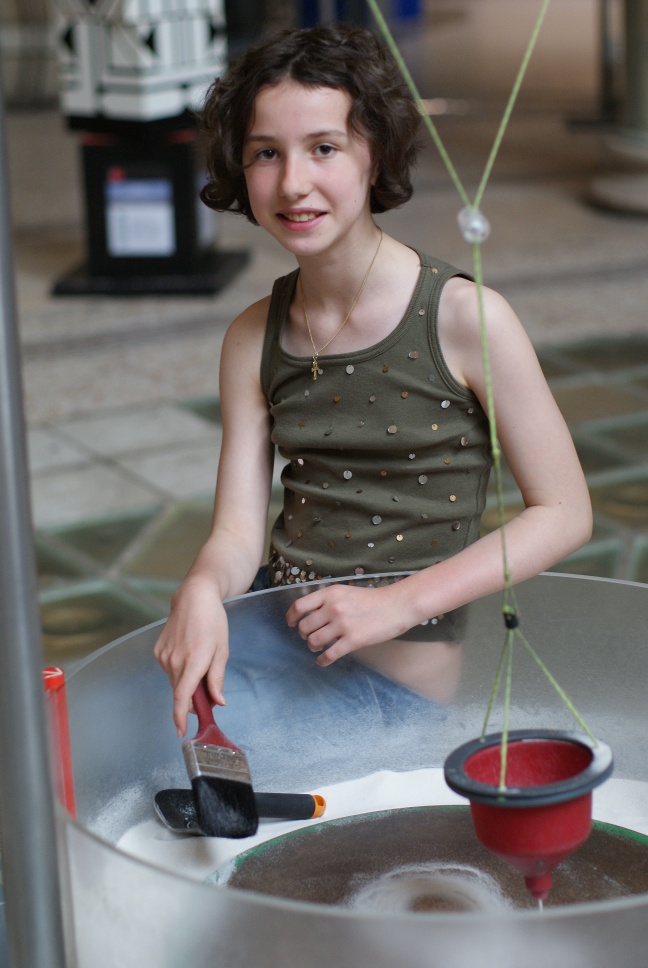 For the Louvre, we rented an audio guide, and I wasn't allowed near it except for five minutes in the Assyrian section. She used it so much that the batteries ran out and we had to swap one. JA with the Mona Lisa in the background: 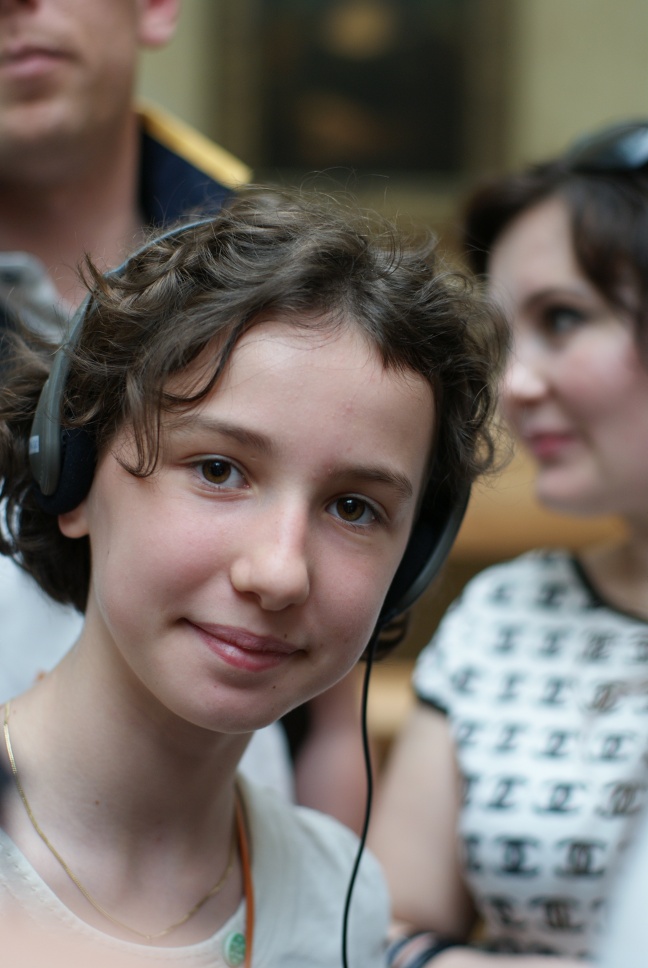 Although the presentation of the Mona Lisa has improved greatly from a few years ago, it's still amusing to see people concentrate just on it rather on the other masterpieces in the room. It's less amusing to see their behaviour (and the curious lack of action from the attendants to do anything about the naughty use of flash). 'The scrum' or 'Why the Previous Photo Wasn't Closer to the Mona Lisa':

Look at how few people are actually looking at the picture, rather than their camera, too.

JA in the Louvre café: 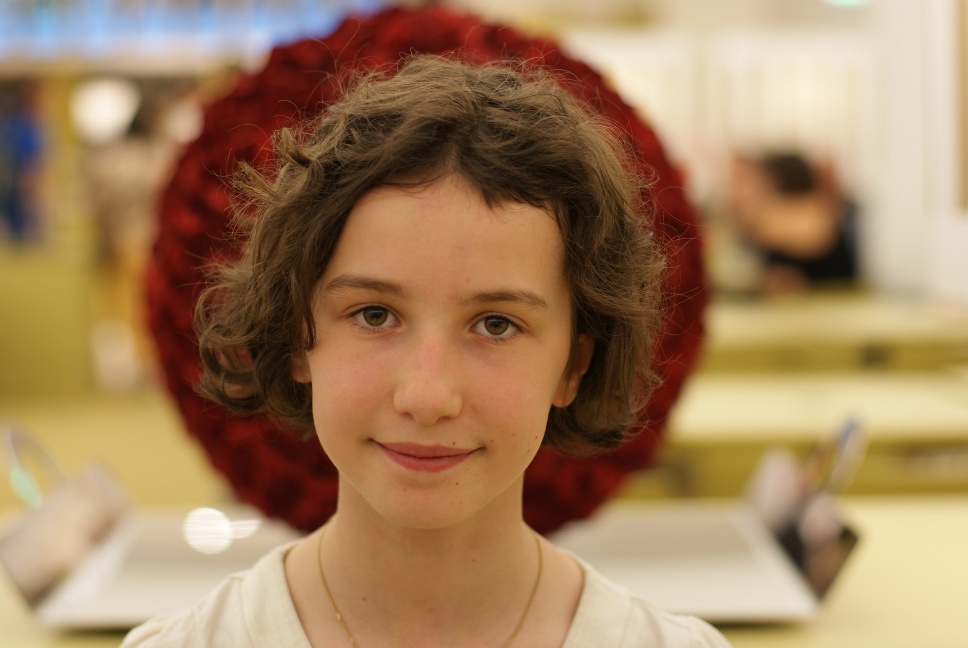